Samara University scientists conduct a number of fundamental research projects in space flight mechanics. The projects comprise development of a space solar sailing ship able to overtake the fastest probes and reach distant regions of outer space without fuel loss. Modeling of interplanetary spaceflights, development of space debris removal technologies, and calculations of gravity assist maneuvers for cargo descending through a tether transportation are also included into the research projects.

Samara University is one of the world’s leading centers for the development of solar-sail spacecraft using radiation pressure. Samara University has been conducting research in this area since 1990s. Olga Starinova (1), a professor at Flight Dynamics and Control Systems Department, currently supervises it. The project has recently been reinforced through cooperation with Roman Kezerashvili. Roman Kezerashvili a theoretical physicist, a member of the International Academy of Astronautics (IAA), Sweden, the director of the City Tech Center for Theoretical Physics, New York, USA. In 2019, he joined the Samara University research group working to design an innovative solar sailing ship.

The scientists assume it to be a doughnut-shaped inflatable structure. Its thrust will be increased due to a special chemical coating evaporating when struck by the solar radiation. Affected by current of solar panels, the liquid crystal film covering the sail will change its transparency. That will alter the reflectivity of different sail parts and, therefore, affect the flight path. According to the scientists, the obtained results have already allowed them to proceed from simulation studies to space experiments.

The urgent problem of combating space debris is in the focus of Samara University scientists’ attention. According to the European Space Agency, there are now about 20,000 large pieces of space debris in the near-Earth space. Such debris includes fragments from defunct satellites, abandoned upper stages of launch vehicles and other equipment. Human-made debris pollutes operational orbits and pose a threat to operational spacecraft. Theoretical Mechanics Department of Samara University has developed a scheme for future space missions to capture spent rocket stages with a special harpoon. According to the department head Vladimir Aslanov (2), it is planned to tow the harpooned stages to the dense layers of the atmosphere accurately calculating the time and place of the debris landing on Earth.

The possibility of implementing this scheme has been confirmed by numerous calculations and analyses. Butterworth-Heinemann publishing company, Oxford, UK, published a monograph by Vladimir Aslanov with the title Rigid Body Dynamics for Space Applications. One of the monograph chapters is devoted to the removal of large space debris using tether towing. The book provides detailed motion equations of a system including a space tug, a tether and a passive satellite, and reviews seven different options for solving the problem in the context of the Earth’s gravitational field.

A joint Russian-Chinese Space Tether Systems laboratory has been established on the basis of Samara University and Northwestern Polytechnic University, Xi'an, China, in 2015. According to leading researcher of the laboratory Iurii Zabolotnov (3), the cooperation with Chinese colleagues allows the scientists to develop theoretical foundations of flight dynamics and projects of space tether systems for various purposes. The purposes include developing various schemes of landing payloads, removing nonfunctional spacecraft and space debris from the near-Earth orbit using electro- and aerodynamic tether systems (without fuel loss), forming tether spacecraft groups of complex configurations for multi-point measurements in the near-Earth space and for observation of near and deep space, etc.

Olga Starinova is a Doctor of Technical Sciences and a professor at Flight Dynamics and Control Systems Department, Samara University. She is a member of the International Public Association Academy of Navigation and Motion Control (ANUD), a member of the French Association of Aeronautics and Astronautics (AAAF) and an advisor to the Russian Academy of Engineering (RAE). Olga Starinova graduated from Faculty of Aircraft Engineering, Kuibyshev Aviation Institute (currently Samara National Research University) and Faculty of Mathematics, Samara University. In 1996, she defended a PhD thesis on methods and algorithms for optimizing the trajectories of interplanetary spacecraft with low-thrust nuclear and solar engines. In 2008, she defended her doctoral dissertation on iterative methods for optimizing ballistic schemes of interplanetary missions with small thrust. She is an author of patents for a Research and Education Virtual Laboratory for Analysis and Synthesis of Space Systems program complex, a Modeling of Selenocentric Motion of Spacecraft with Electric Propulsion System program complex, a ballistic flight design for a spacecraft with low-thrust engines in the Earth-Moon system, a simulation of Earth protection systems for asteroid impact avoidance, etc. 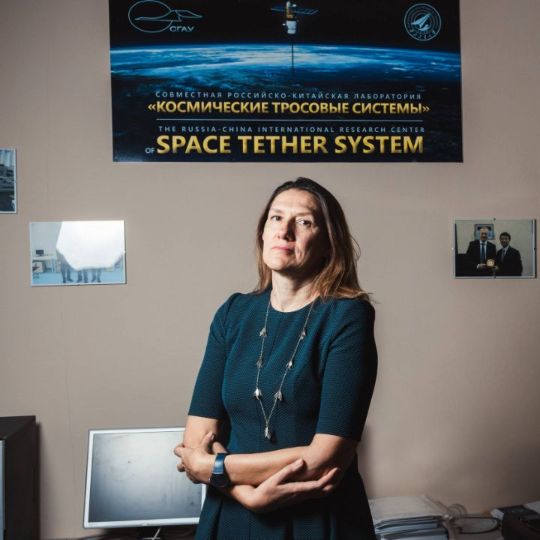 Vladimir Aslanov is a Professor and a Doctor of Technical Sciences, the head of Theoretical Mechanics Department and a leading researcher of an Aircraft Dynamics and Motion Control research laboratory, Samara University. He graduated from Faculty of Aircraft Engineering, Kuibyshev Aviation Institute (currently Samara National Research University). His research is focused on space debris removal, space flight mechanics and descent vehicle movement dynamics, use of space tether systems for cargo descent. 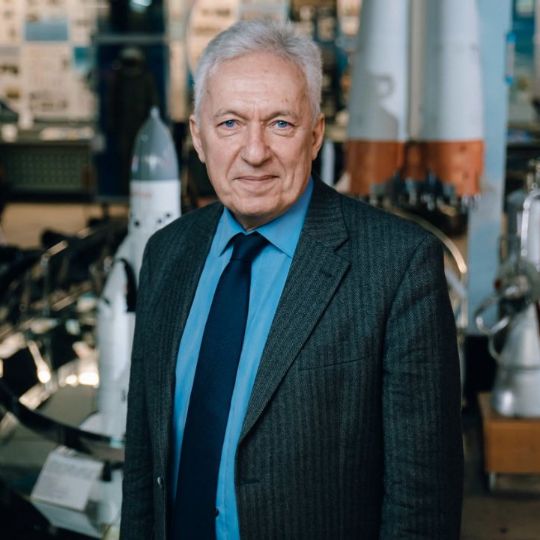 Iurii Zabolotnov is a Professor and a Doctor of Technical Sciences, a professor at Software Systems Department, Samara University, a full member of International Public Association Academy of Navigation and Motion Control (ANUD), and a full member of the Tsiolkovsky Russian Academy of Cosmonautics. He graduated from Faculty of Aircraft Engineering, Kuibyshev Aviation Institute (currently Samara National Research University). Iurii Zabolotnov is a leading researcher of a Russian-Chinese Space Tether Systems research laboratory. Samara University and Northwestern Polytechnic University, Xi’an, China, have been cooperating within the framework of the laboratory since 2013. Iurii Zabolotnov is a professor of the highest qualification at Northwestern Polytechnic University. For his scientific and technical cooperation with the China, he was awarded the Sign of Friendship (Sanqin) of the Government of Xi’an, Shaanxi Province (2015) and the Medal of Friendship (Friendship Award) for foreign experts of the State Administration of the Government of China (2016). Within the framework of the international cooperation, a monograph on introduction to motion dynamics and control of space tether systems (Beijing: Science Press, 2013) was published and translated into Chinese. Iurii Zabolotnov also has a large number of joint publications with Chinese scientists in top-rated international journals. Main areas of his research are space flight mechanics, descent spacecraft dynamics, motion dynamics and control of space tether systems, asymptotic methods, oscillation theory, resonances in dynamic systems. 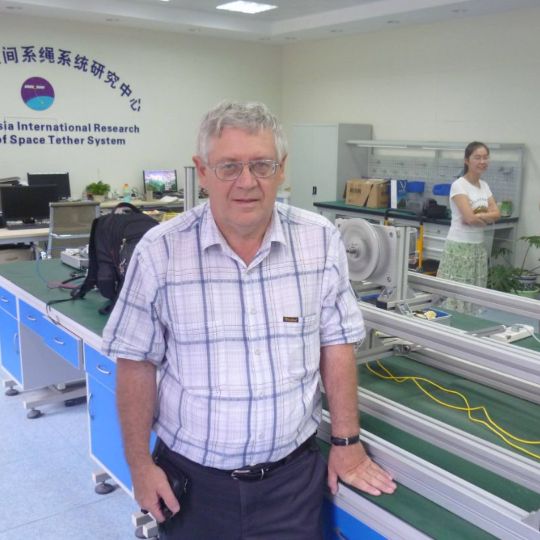